What is the difference between 360°and 3D photography? 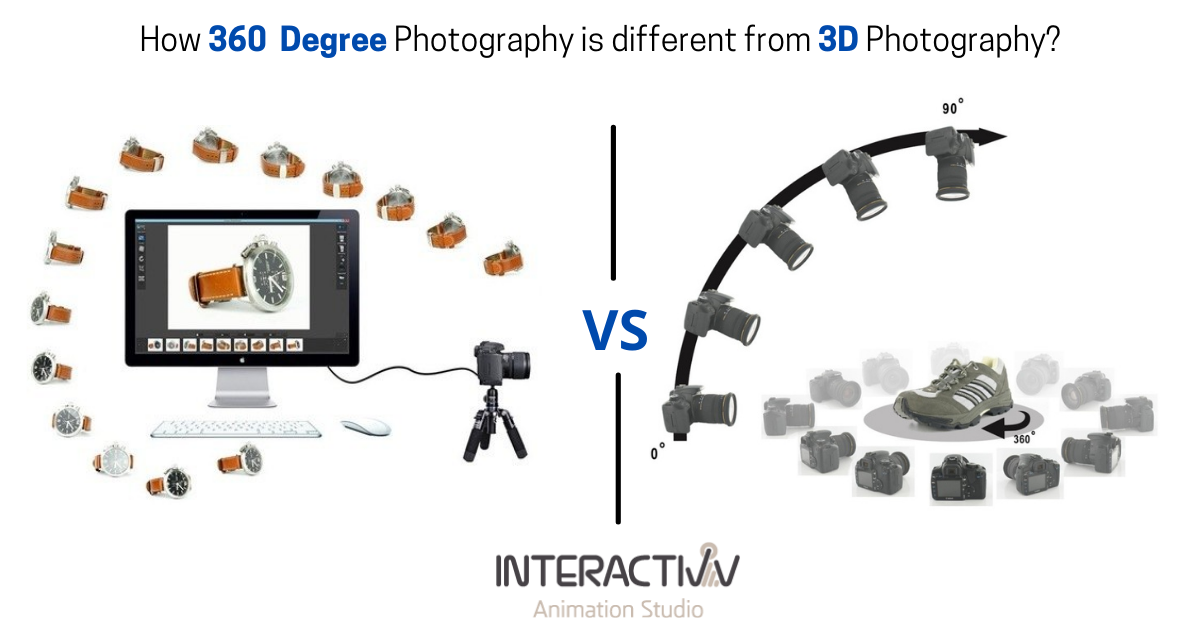 360° vs 3D photography is the next wave of photography for both Commercial & Corporate Sectors.  360° and 3D photography are both rising trends based on the idea of immersing the viewer in a photograph, video, or even virtual reality environment. These Photography techniques allow viewers to experience a scene or event or say a product from a point of view other than their own. They are related in some important ways — they both capture the spatial location of an object within its surroundings, and they both use geometric equations to display the image to the viewers.

There is often confusion between the two techniques, and while they have some similarities, there are also many differences. For example, 360° photographs capture the entire environment, whereas 3D photographs typically focus on capturing one specific object. But have you ever wondered what exactly goes into the process of creating a 360-degree image? The team at Interactivv is here to break it down for you. In this blog post, we’ll define 360-degree photography and explain how it differs from 3D photography. 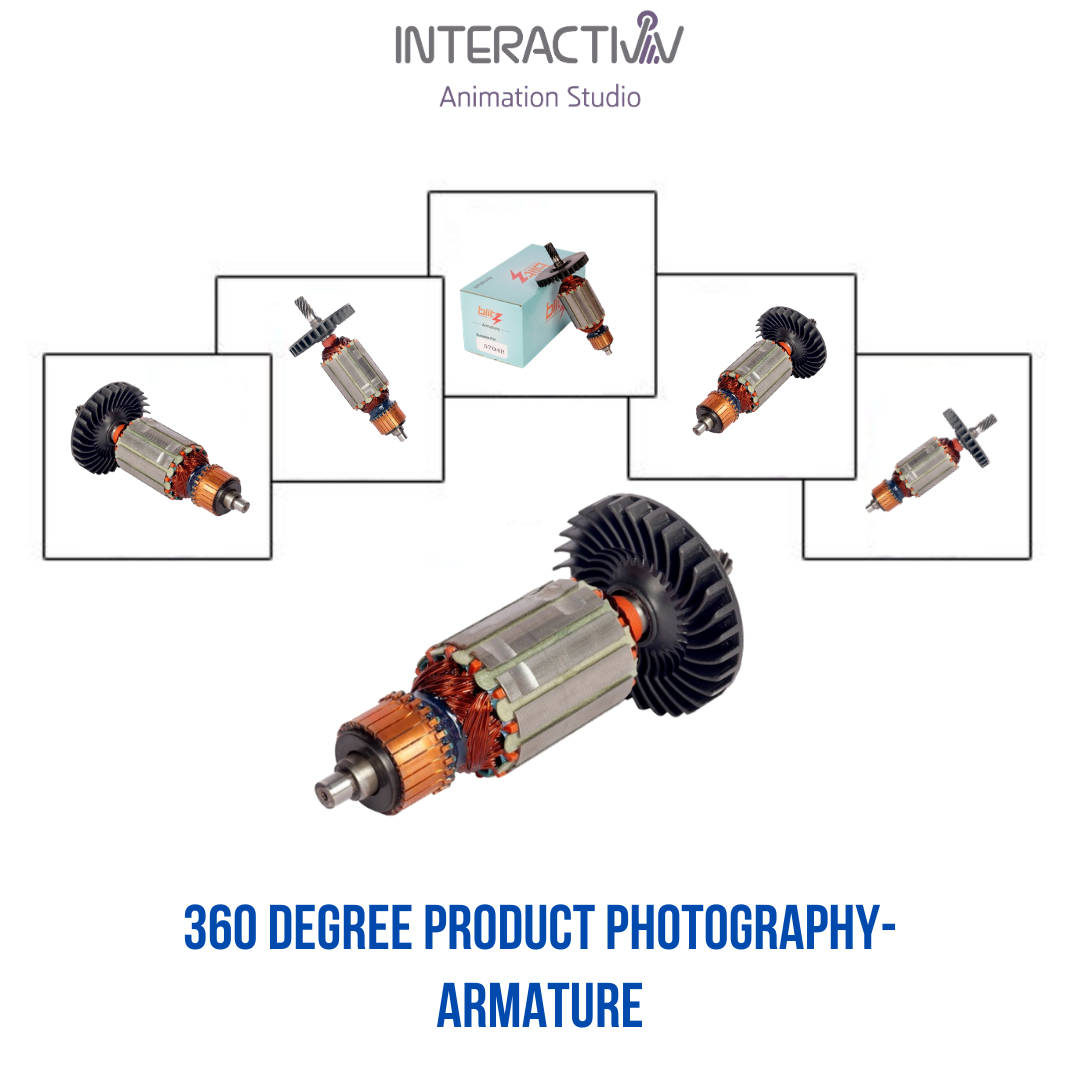 What is Animated Spin or Rotating Spin? Animated Spin is the technique of creating an illusion of movement by making a still image look as though it is rotating. The effect is created by taking a number of photographs of the same image, each with a different part of the image in focus. The difference between 360 and 3D spin is that in the 3D spin, the camera remains still and the object is rotated around it. In 360 spin, the camera is rotated around the object.

A 360-degree photo is a photo that captures everything around you in a full circle, and when you look at it on a phone or on a computer, you can actually move your device around and look around in all directions within the photo. 360-degree photos are super trendy right now and are being used in a ton of different ways. 360° images are created by stitching together a series of photos taken around a single object from multiple angles. They’re often also known as panoramas, which are photos stitched together to create a complete image. 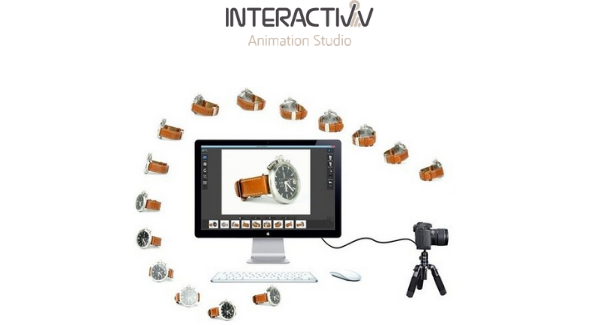 3D Photography is a technology that creates the illusion of depth in an image. It works by capturing two slightly different images of the same subject. As well as creating 3D images, it can also create 3D panoramic images.

The great thing about 360 photos is that they work really well on social media. If you need to grab someone’s attention to promote a new product, a 360 photo can be a really engaging way to get people to look at what you’re doing.

3D images can be used for a variety of purposes. For example, they can be used to show the spatial and visual information of products and how they connect to each other. 3D images can also be used in games. They are used in both computer games and in the gaming industry.

3D product videos are highly shareable and can help you demonstrate your product to your customers in an interactive way. 3D product videos work well in a variety of contexts like demonstrations, e-commerce product pages, and even social media posts.

How You Can Start!

Whether you want to use a 360° view or 3D product photography, Interactive Animation Studio offers photography services which is an effective and efficient manner to take present your product to your Target Audience. The best-performing spin photography tools have consistently produced higher sales, improved conversion rates, and decreased product returns. Our team is available to answer any questions you may have.

Ready for a Brand Revival
and Rejuvenation?

We'd love to hear from you. Fill out the form and we'll be in touch within 24 hours.